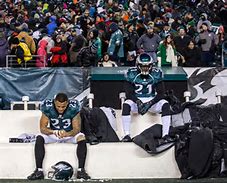 Any sports analyst can tell you that the depth of your bench (the number and skill of your players), determines your ability to play the entire game with intensity. In a business, the depth of your bench determines your ability to take on new projects, even when you are already working on some major contracts. It also determines the skill level of projects you can take on, and to a large degree, determines how quickly you can grow. In short, bench depth is as important in business as it is in sports.

I once worked with a client that wanted to grow 5X in the next two years. That was a tall order, so before we got ahead of ourselves, we base-lined the current state of the business. Although there were some material concerns, this business was largely built around installation labor of a technical product.

To quintuple in size in just two years, the existing labor force had to be at the top of their game. Moreover, the company either needed to hire or train new employees at a rapid pace, all while continuing to execute on their current contracts. That was a tall order and led us to conduct a rapid assessment of their present employees. To do this, we used a 3 steps process.

Where multiple leaders had people with the same job titles, we cross-levelled the skill and competency expectations across the organization.

With this information, we created a blank matrix of Skills and Expected Competency for each employee.  We then asked leaders to assess each worker’s actual competency in performing each skill. By comparing an employee’s actual competency to that expected, we were quickly able to assess the strength of the employee and the department.

What did we learn through this analysis? 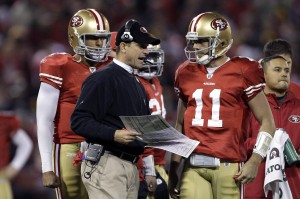 COACHING: This matrix can become a tool in the ongoing coaching of employees and the establishment of growth goals.

PROMOTION:  We established an expectation that for an employee to be promoted they first need to demonstrate proficiency in the new job.

You’ll recall this employer wanted to quintuple in size and revenue in just two years. After reviewing their employee training matrix, this employer:

In short, this process allowed the employer to recognize that their strengths rested in the skill of their employees and to begin intensively BUILDING BENCH to grow their organization.

How do you think your company would fare in an analysis like this? Are you ready to find out?

Contact Robert to learn more about how to apply this process. He will be happy to review what is needed to implement a similar system within your organization. And, of course, you can engage him to build this comprehensive Bench Strength system for your company.

Comment0 | Share | Tweet | Share | print | email
Categories: Coaching, Expertise, Knowledge Transfer, Organizational Development, Subject matter experts, Training
Disclosure of Material Connection: Some of the links in the post above are “affiliate links.” This means if you click on the link and purchase the item, I will receive an affiliate commission. Regardless, I only recommend products or services I use personally and believe will add value to my readers. I am disclosing this in accordance with the Federal Trade Commission’s 16 CFR, Part 255: “Guides Concerning the Use of Endorsements and Testimonials in Advertising.”