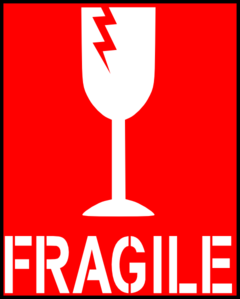 Note: The following is an excerpt from 30 Days to the New Economy Second Edition, available soon on Amazon. This links  to the first edition with few changes except for this Afterword provided here.

Steward your business with both the local and global connections at your disposal, using all the technology available to advance your idea, and you can play a major role in the New Economy.

Language leads the way. If you want to put your finger in the wind of public sentiment or policy, listen to the words people use. In business circles, the word “resilience” has been replaced by the word “non-fragile”. That subtle difference speaks volumes about how we see ourselves, and it presages the kind of hard times that we think are ahead.

“Resilience” speaks of inherent strength – strength of character, depth of resources, and the ability to adapt. “Non-fragility” emphasizes weakness, and we are reminded of the fragile nature of life itself. Is our transportation system fragile? Are our supply chains weak? Is our food supply unsustainable?

We want to emphasize our resilience and our potential.

Actually, our future is the one that we imagine it to be. Because as a man thinketh portends our reality. That is not to deny the reality that our world – in the face of one microscopic pathogen – was shown to be a naked man, skittering across the stage holding a blanket across his torso. But we have the ability to think, and from those thoughts, we can act our way toward a world that embraces all the good that is possible and rejects resurrecting the things that had outlived their usefulness and, in some cases, had turned rotten as they’ve aged.

We are headed toward the future on hyperdrive.

The Dow Jones Industrial Average (DJIA) refuses to tank even amidst historic unemployment. Some skeptics attribute that solely to the Federal Reserve Bank of the U.S. pumping unprecedented amounts of liquidity (U.S. dollars) into the system. Because the stock markets can sometimes lead sentiment, rather than follow it, let me suggest that there is an underlying bullishness about the economy because it is shifting into a new reality more aligned with the kind of possibilities outlined in this little book. I am suggesting that the stock market is discounting the present because it sees the future. And the economic readjustment period has just encountered warp speed due to a pandemic that shut down the old way of doing things. When we ramp up again, we ramp up into the future having just imploded the old system.

For those who follow such things, we knew the old system was imploding. Our global relationships relative to the supply chain (think China) were already changing with an increased emphasis on national independence and more closely politically aligned partnerships. The Federal Reserve had already started pumping massive amounts of liquidity into the U.S. banking system 4 months before the pandemic even had a name. When oil’s price per barrel of crude went into negative territory on April 21, 2020 to minus $40 a barrel, it was not just in response to the pandemic. Our global supply chain and trade had already started to slow for other reasons. If oil went negative, perhaps we need to go positive because that indicator presages change. It means many of the changes discussed in this book are underway.

In the New Economy, we are encouraged to make a few new moves, just like the old moves, but better.

Here are a few directions to consider as we feel our way forward in the dark.

First, all politics and relationships are local and person-to-person. That also applies to business. Nurture personal relationships and imagine ways your business can flourish in your local geography, no matter what you do. We have discovered how fragile our supply chains can be, how quickly transportation and production can stop. We discovered in a harsh way the importance of local business to meet physical and psychological needs. You can play a role in keeping things moving by making sure you are sustainable locally. Be part of the Main Street movement.

The power of the internet anchors the New Economy. No matter how local your business and relationships, nurture your global connections. When you stay connected to all the best ideas and people available to you in the global economy, you will continue to improve your own prospects in your backyard.

Let’s wrap up and return to Day 1.

New ideas spread through wars, conquest and trade. The pandemic may give us the opportunity to bypass the war and go straight to the reward of moving the world ahead through an economic revolution aided by technology. After all, aren’t all revolutions economic at their inception?

Ask the British subjects living in North America about their opposition to “taxation without representation”. Or the French common man about his servitude to King Louis XVI (that one ended badly in a dictatorship – take heed!). Or the Southern U.S. plantation owners when the north threatened their economic model built on slavery. Human history is built upon populations pushing back against entrenched power and failing systems.

The pandemic is an opportunity to recalibrate the economic system, enjoy a flattening of power and financial wealth, and truly liberate individuals to embrace their personal power and express the full measure of their productivity.

Comment0 | Share | Tweet | Share | print | email
Categories: Entrepreneurship, Organizational Development, Self-Employment, Technology
Disclosure of Material Connection: Some of the links in the post above are “affiliate links.” This means if you click on the link and purchase the item, I will receive an affiliate commission. Regardless, I only recommend products or services I use personally and believe will add value to my readers. I am disclosing this in accordance with the Federal Trade Commission’s 16 CFR, Part 255: “Guides Concerning the Use of Endorsements and Testimonials in Advertising.”