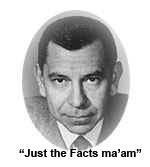 By Peggy Salvatore and Terry McGinn

Sometimes expert knowledge isn’t really knowledge at all. In fact, if your data sounds too good to be true, it just might be.  Sadly, for reasons of human sloth, greed or carelessness, sometimes the experts who supply your data are giving you bad information – and they know it.

That’s an honest debate of the relevant facts.

Falsifying data to purposefully mislead someone is different than simple disagreement among experts.

When you are dealing with falsified data, there are no facts. There is no honest debate. There is only an intent to deceive. In regulated industries that depend on quality data to remain in legal compliance, falsified data can have many bad outcomes including products that are substandard, dangerous or deadly. Your best defense is to know your regulations and how to work with them because, remember, you can be guilty simply by omissions.

Remember Volkswagen? What About Your Drugs?

In 2015, the U.S. Environmental Protection Agency discovered that many VW cars were outfitted with software programmed to falsify data during emissions testing showing the cars met carbon dioxide emission standards. The brand suffered substantial damage and the company was exposed to up to $18 billion in fines when it was discovered the cars actually emitted up to 40 times the allowable amount. This attempt to defraud the public resulted in massive car recalls and a loss of company credibility along with profits.

In biopharmaceuticals, clinical trial data is the stuff upon which the Food and Drug Administration makes decisions about the safety and efficacy of pharmaceutical products. Does data get falsified there, too? Unfortunately, yes!

A 2001 study showed that falsification of scientific data used in FDA evaluations of experimental drugs was not uncommon, and it ranged from falsifying the identities of clinical trial subjects and their physical exam results to creating duplicate records to achieve the desired number of trial subjects.

Just a few weeks ago, a Kyoto University research group headed by Nobel laureate Shinya Yamanaka was found guilty of fabricating all six main data figures in a study published in Stem Cell Reports. The study claimed it had modelled the blood-brain barrier in vitro using pluripotent stem (iPS) cells. Yamanaka, who won the 2012 Nobel Prize in physiology or medicine for discovering iPS cells, reportedly was going to donate his salary to the university as a mea culpa but the damage to his reputation will live beyond his paycheck.

Bad data can hurt – or even kill- patients and it exposes the biopharma research companies who rely on quality data to potentially billions of dollars in fines and, at the end of the day, the delay or loss of up to a billion dollars in research and development for a product that can’t be supported by strong, reliable data sets.

Is Your Data Subject to Tampering?

One of the ways to ensure that your data is valid is to have strong processes in place for data collection and auditing. Long before an FDA or compliance inspector finds a problem with your product or process, you can lock down your documentation with well-written and faithfully executed standard operating procedures.

By taking some strong action today, you can implement steps to avoid harm to your brand reputation, delayed or denied product approval, heavy fines, jail time and, of course, harm to patients.

If you would like to discuss your process for developing and implementing standard operating procedures, write to us at workingwithsmes@gmail.com and schedule a no-obligation appointment for a review of your organization’s data integrity vulnerabilities.

Terry McGinn has worked in regulated industry for many years and has experience in written procedures that will help pass scrutiny of a regulatory authority inspection.

Comment0 | Share | Tweet | Share | print | email
Categories: Expertise, Knowledge Transfer, Subject matter experts, Training
Disclosure of Material Connection: Some of the links in the post above are “affiliate links.” This means if you click on the link and purchase the item, I will receive an affiliate commission. Regardless, I only recommend products or services I use personally and believe will add value to my readers. I am disclosing this in accordance with the Federal Trade Commission’s 16 CFR, Part 255: “Guides Concerning the Use of Endorsements and Testimonials in Advertising.”